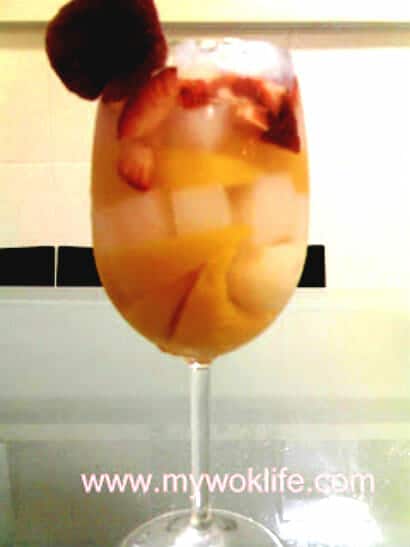 “Just another way to serve your fruits, with Nata de Coco this time!”

I go supermarket almost every other day, to buy daily groceries and food as well as checking out information on any latest food or food-related products. 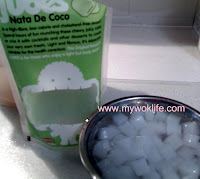 Nata de Coco – It might sound unfamiliar when first heard it, but you surely have tasted it before. In cafeteria, dessert store or elsewhere, just could not recall its name at times (smiling). It’s OK even if this is first time you heard about it.

Nata de Coco was originated from Philippines. It is chewy, juicy and slightly translucent, jelly-like coconut water (which has been fermented) in tiny cubes. Nata de Coco is high in dietary fiber. One of the best food/ snack for dieting, health conscious people like you and me, as it contains zero fat and cholesterol as well as low in calories. And, it’s tasty! Even though Nata de Coco is often sweetened, but its calories count only 60kcal per serving of generous portion.

Use this to impress your guests over the gathering in your house, too. It’s simple, you’ll have a glass of such fancy fruits dessert in no time!

Method
1) Get a clean glass, layer peaches, lychee, Nata de Coco and strawberry in the glass, in your desired order (I layered the fruits in contrasting colours manner).

2)Repeat the layering till three quarter-filled.

My friends were pleasantly surprise when I served this after our dinner, and told me that she did not expect the Nata de Coco would be served in such a fanciful way.

Tips: I chose these few fruits for their colours and the flavour of these fruits are compatible with each other, too.
*Choose the original flavour of Nata de Coco to match with the taste of any fruit.
* Use fresh fruits, if preferred. Just make your own honey syrup instead.
* Just double the amount of ingredients if making more than 1 glass.

Hello! My name is PatriCa(雪冰). I love food. Cooking is my passion, and it's all about sharing. I want my loved ones to enjoy healthy home-cooked meals. So, that includes you! Come join me on My Wok Life FaceBook, Instagram & Twitter. Feel free to comment, PM or email me at mywoklife@gmail.com.
All Posts »
PrevPreviousCutie Pizza Bread
NextAuthentic Sweet and Sour Pork (凤梨咕老肉)Next 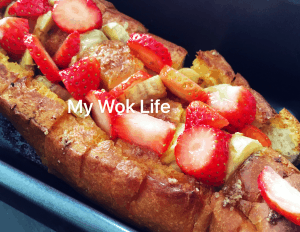 “In between orange French toast and banana bread pudding, to be served with loads of fruit toppings.” I admit I wasn’t that creative in cooking 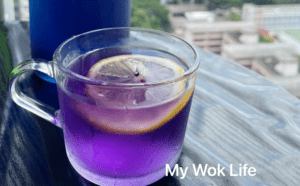 “Cold Brew” to retain maximum nutrients in this powerful flower tea.  Yes, it is not necessary to make flower tea with hot water. Instead, cold