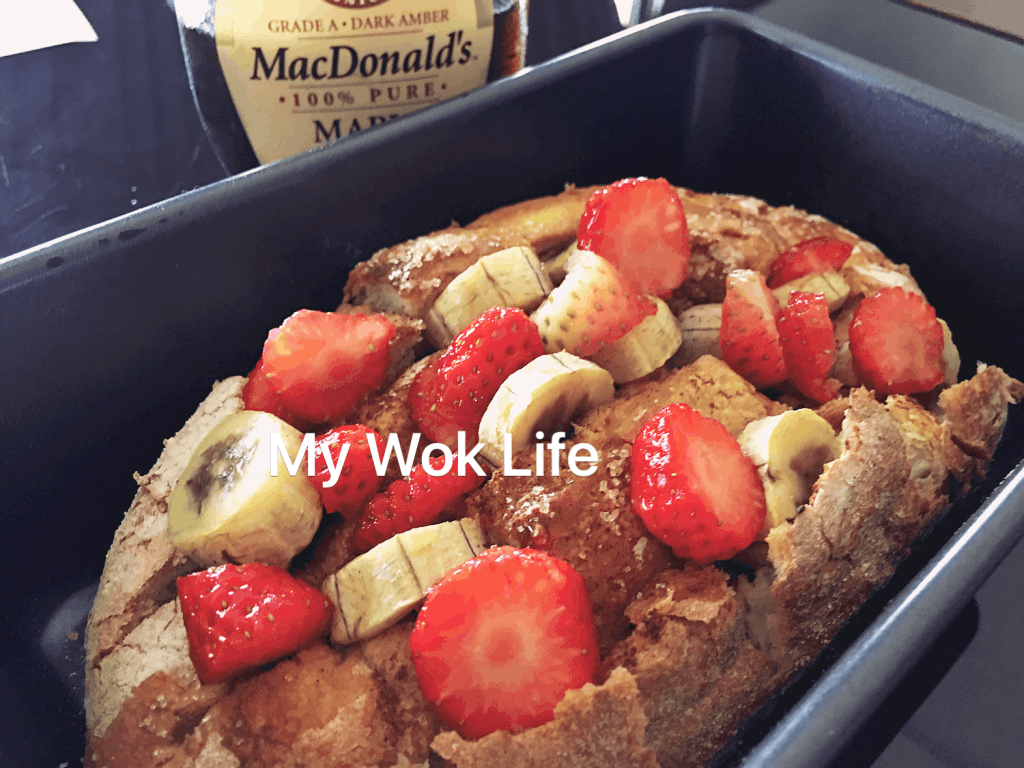 “In between orange French toast and banana bread pudding, to be served with loads of fruit toppings.”

I admit I wasn’t that creative in cooking at times. As this blog of MY was meant to be a record of my home cooking so as to pass down the recipes in a digital way to my next gen in future. I thought of just as well sharing it with all people who loved cooking, or would like to start cooking with some easy-to-follow recipes and scrumptious enough dishes. Thus, the sharing.

Like I mentioned before, some of the dishes were adapted from recipes by other great cooks. What I usually did is to vary and simplify these nice recipes to suit my simple cooking style.. There were also those popular dine-out dishes and delicacies which we loved to eat so much, but to make sure what exactly went into the dishes, I turned them into my very own homecooked, in a healthier way and less sinful elements in it.

So, if you find my dishes familiar, don’t bash me……… :)) Yes, just like this particular quick baked lunch I had the other day.. I saw this in an online portal and it prompted an idea of making a variation that I thought I would like it better. This bake was also simple for me to do it together with my little one as our bonding time.

Quick simple lunch or a sumptuous breakfast to be…. I called this a cafe treat… and here you go with my version of pull-apart french toast in orange flavor recipe:

Method
(1) Preheat oven to 180deg Celsius. Cut bread into grid pattern (crisscross), without going through the bottom and place in an oversize (large enough) baking pan.

(2) In a bowl, mix orange juice, marmalade, condense milk and vanilla essence. Beat in eggs. Add orange rind. Drizzle the egg mixture evenly into the slits of the sliced bread, followed by melted butter. Then, slot the banana slices in between the slits. Sprinkle cinnamon sugar mixture all over the bread.

(3) Bake on middle rack for 18-20 minutes (watch out and do not burn the crust top). When done, top with sliced strawberries (fruits), and drizzle loads of maple syrup to serve immediately. 1 serving of this sweet treat counts about 340kcal.

Tips: Orange marmalade or jam. If you prefer orange essence instead, go ahead. You may also go without it, if you do not have it at home and do not wish to get a fresh jar just for this. If this is the case, you may wish to add a little more orange rinds to boost its flavor.
* Use firmer textured kind of artisan bread so that the bread will not go mushed.
* If you do not like your toast to appear too wet, do with lesser liquid (reduce the orange juice).