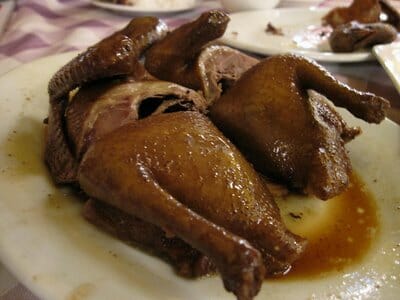 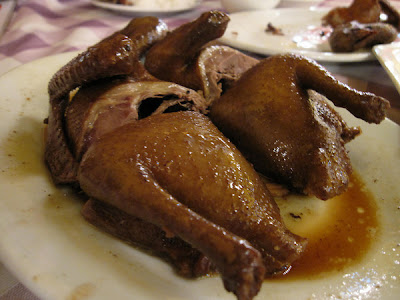 We went all the way to Sha Tin (沙田) just to have the famous roast pigeon. A well known area specially for roast pigeon. This was the area of roast bird which I longed for. I knew I had to get my feet there, at least for once. :)

After much consideration, our final choice landed at this decades-old restaurant, Lung Wah Hotel (沙田龙华酒店).

We took MTR from Mongkok to Sha Tin, and transferred to mini bus for a shuttle ride. Just cross the overhead bridge after alighting at the nearest bus stop opposite the hotel. This hotel is located near Hong Kong Ikea furniture mall. Address: 22 Ha Wo Che Shatin, NT, Hong Kong (香港新界沙田下禾輋22號). Check out exact direction here: My Note Book on the Web.

Surprisingly, the signature pigeon dish of this restaurant, however, was not the roast, but braised pigeon (豉油王乳鴿). Certainly, we had to go with the recommended, in addition to the old roast. Liven up to my expectation, both the roast and braised were great. Pigeon meat was pretty much resembling chicken meat, but in a more tender, juicier and sweeter way.

The roast pigeon, not looking as appealing as the braised bird, was still my preference simply because of the aromatic crisped skin. 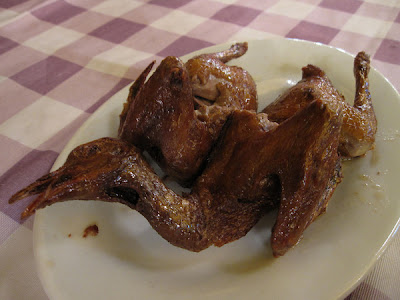 We heard that this restaurant was famous, not only for the pigeons which they picked only the 25-day old premium type of young pigeons, but also on the background history of the restaurant. Our Hong Kong friend told us that they were the first restaurant serving pigeon dishes.

There was also a small compound visibly seen near the passsage way of the entrance where the the pigeon loft was. You might be interested to step further in to take a good look. :) 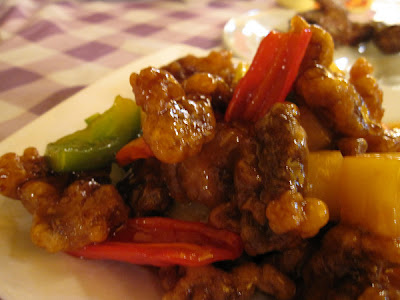 This nicely executed sweet & sour pork dish was my recommendation, too. 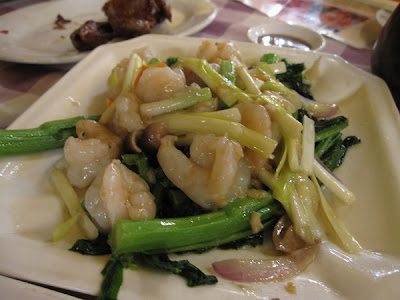 This stir-fried Chye Sim with prawns, on contrary, had nothing to wow about. Though the prawns were fresh enough, the veggie tasted a little of its bitterness. Perhaps, go ahead to try another of their recommendation, San Shui Tofu (山水豆腐), which made using the stream water. 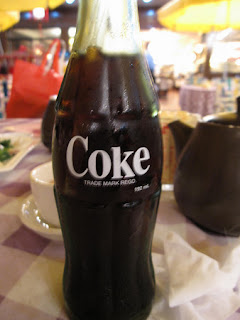 This was decades-old restaurant, specific sodas eg diet Coke, Coke zero, Coke light or Pepsi light were not on the menu. They served this, the conventional type of glass bottled Coke, instead. :)