Just couldn’t stop sharing with you how much fun & food we had over the 5-day trip in Club Med. Here we had some main food to showcase. Good and not too good, just wanted you to have some brief ideas so that you could choose the best among the wide choices and seemingly unlimited spreads. :) 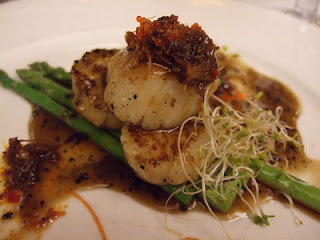 1) Scallop & Asparagus in XO Sauce. These sautéed scallops were nicely done to its tender and juicy state. With XO sauce added to the scallops, taste was robust and delicious. 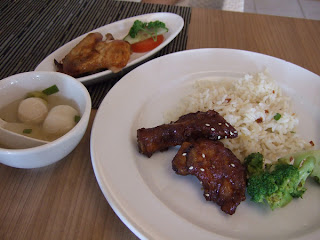 2) Chicken rice and roast pork ribs. Accompanied by a bowl of fish balls soup. It was our lunch. It seemed abit out to have these typical Chinese food which widely available in SG, but the tenderness of the pork ribs as well as its flavour was something you couldn’t miss. It was so well cooked that probably only those popular roast specialists in SG could match the game. Not forgetting the chunky and springy fish balls which I thought 2 balls were far too few to enjoy. Luckily, food here were free flow. Your orders would be unlimitedly taken as much as your stomach could take. Ha.

Woah, I don’t know.. maybe I was abit over-rating in my own food grading. Maybe it was my relaxing mood that plays the tricks in me. Haha. I would leave it to you to justify, at your own expense. >< 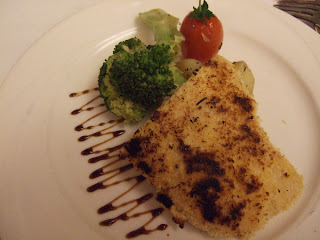 3) Pan fried chicken breast meat. The food plating was good enough to entice you. However, I thought the chicken meat was overly done. To top if off, the dry meat was served without any sauce, except for little decorative chocolate sauce zapping along. Yes, chocolate sauce in savory chicken meat. I had enough for this, not for me. :) Just my personal opinion, I wished it could be served with cranberry sauce or some herbs-blend instead. 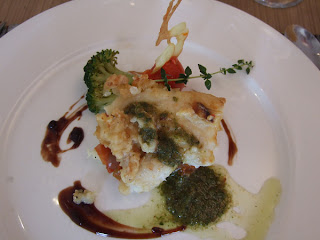 4) Fish with Pesto sauce. Fish is always the best choice as long as it is served fresh. Yes, this didn’t taste fishy at all, and the fish was tender and moist to enjoy. 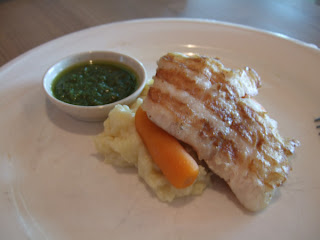 5) Grilled Dory served on mashed potato. I ordered this as my light bite during tea break as it was served in small portion. Great enough to taste on its own. I was happy to have the pesto sauce served separately upon request. Mash potato? Yes, imaginably smooth and tasty. 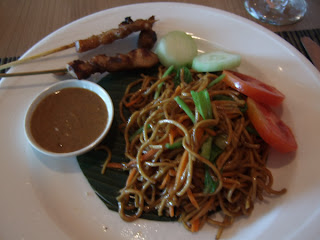 6) Indo mee goreng & satays served with peanut sauce. Obviously, these food were their local specialties.  Both the fried noodle and satays as well as its peanut sauce were expectedly great. The peanut sauce, especially, was one of the best tasting sauces I have tried thus far.

Serving in small portions, I liked to order these for my tea break and as in-between-meals.

Again, only photos of some of the meals were taken. These do not represent all, and my personally opinion and choices are purely for casual reference. Voilà!

Hello! My name is PatriCa(雪冰). I love food. Cooking is my passion, and it's all about sharing. I want my loved ones to enjoy healthy home-cooked meals. So, that includes you! Come join me on My Wok Life FaceBook, Instagram & Twitter. Feel free to comment, PM or email me at mywoklife@gmail.com.
All Posts »
PrevPreviousHoliday with Fun & Food in Club Med, Bintan Ria (Island)
NextTeochew Style Steamed FishNext 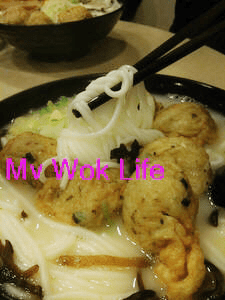 “Eat what the locals eat.” We booked our hotel accommodation in Tin Hau area (next to Causeway Bay) where plenty of yummy street food were 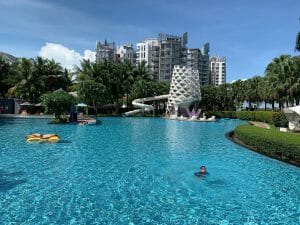 “If you are planning a staycation for the family…..” One of the most comfortable areas to go for a staycation in Singapore has to be

One of the Best Wellness Retreats in Phuket Resort

“The mind wellness knowledge and skills gained from the program by Amatara Wellness Resort are far-reaching. And it’s also a gourmet paradise! ” When we