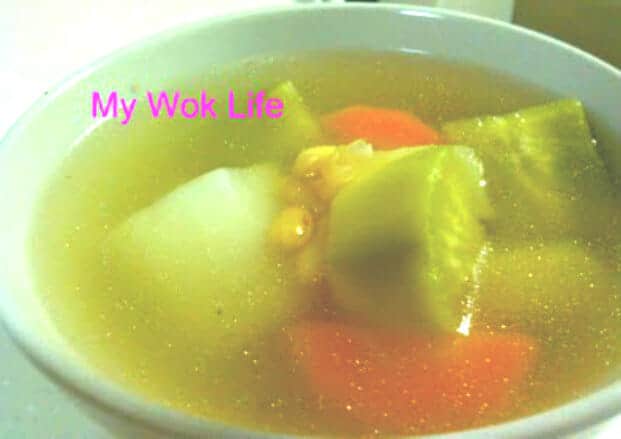 “It’s light, it’s nourishing, it’s delicious, and it’s hearty. Take this soup on your vegetarian days, or simply drink it to cleanse or to cool body system once in a while”

This robust rooty soup makes a wonderful weeknight dinner which packed with plenty of beta-carotene (good for eyes and skins) and vitamin-rich root vegggies i.e. the radishes and carrots. Adding of meaty pork ribs not just brighten its flavour, but also make it higher in nutritional values, at the same time, balance your diet with both veggies and meat in the dish. However, since I had this soup on my vegetarian day last week, and hence, I did not add any meat, but to enhance flavour to this soup, soy beans made a good addition.

With three different colours of root vegetables, this soup has colourful appearance, too. The combination of these three rooties balances up each robust taste of its own, makes the soup a great taste with natural sweetness. Do not be afraid if the scent of white radish from the soup is too strong, it will be a complete different pleasant flavour in the palate when you drink it. My little one loved this soup alot!

我的萝卜世界,  direct translated as “It’s My Rooty Veggies’ World“, was spontaneously created by the little one (smile). This nourishing, hearty, colourful and simple-making root veggies soup is very simple to cook, and it’s good to be taken on both vegetarian and normal days, to aid in cleansing and cooling of the body system once in a while.

Cut the carrots and radishes into large chunks if you prefer a heartier texture and apperance. 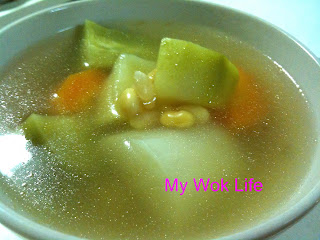 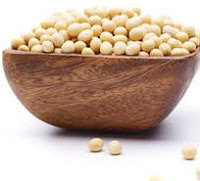 2) Add in soy bean and all the root veggies. Bring it to a boil again.

A bowl of my root veggies soup counts less than 100kcal.

Tips: Soup should be in bubbling condition while simmering. Boil soup till all rooties are cooked. White radish should appear in transparent whitish colour.
* Soy bean will be soften in about 45 minutes of boiling, and hence, pre-soaking of beans is not necessary. However, you may do so (soak for 1 – 2 hours) in order to remove the soy bran (its ‘skin’) beforehand. I did not do that as I don’t mind having the bean together with its bran.
^ Heard that carrot and radish should not be cooked together as the nutrients might be diminished altogether. However, I personally do not have an issue to do so. It’s up to you!