“Bon appéteeeeeeeeet!” for your eyes and ears!

Want to get inspired in your life? Desire to be engaged with fresh French cooking ideas?

Be prepared to be thoroughly involved in this very engaging movie, “Julie & Julia”. Based on the true stories of two women, this movie moved along wonderfully, sharing with the audiences, a common passion of food and taste, beautifully experienced through two separate eras.

Nuffnang, the Asia Pacific’s first blog advertising community, organized the preview screening of this inspiring movie, presented by Sony Pictures. And why am I being invited to this show? I guess that it has to do with my passion of a food blogger, which is what one of the main character in the movie, Julie, were to become in her life.

This movie captivates my heart, not just because I am a food blogger, but as it similarly mirrors my life of being a wife, a working woman and a food lover, all in the same movie.

This sentimental movie starts with Julia’s life (wonderfully enacted by the ever fantastic Meryl Streep) when she moved to Paris in the early 1960s with her loving husband, Paul (Stanley Tucci) who is an American diplomat. The story of the other protagonist of the movie, Julie (equaling Meryl to her task by the unforgettable Amy Adams) is actually set in year 2002 in Queens, New York. While this might sound like a recipe for confusion (no pun intended), the movie director (Nora Ephron) was able to neatly switch and intertwine the two stories smoothly and easily throughout the entire film.

The common thread in their lives? They both had a common passion for great food and their singular perseverance in finding that one defining purpose in life. This romance comedy involves their husbands, but they are not the main subject in this film. The real object of romance in the show focuses on food…. “Bon appéteeeeeeeeet!”, that common cheer of Julia and Julie, spoken as one voice, but each in their very own time of the 1960s and the 2002s. And now, even as I recalled the French cuisine that filled out the screen in the movie last evening, I am feeling so hungry!

Julie Powell, in her 30s and in the year 2002, is a former ‘half-book’ writer (half book as it was not completed) and currently stuck in her middle-leveled job in the government sector. She has an inspiration to accomplish her aim of cooking all 524 French recipes (which are really nice food!) written by Julia Child back then in the 60s. She set herself a timeline, to cook all the recipes in 365 days! From that very first day that she started to cook the recipes and to write a blog about her cooking journey, the obstacles she faced and emotional meltdowns she encountered were excellently portrayed in the movie. We laughed when she tried to kill live lobsters. We roared in delight when she tried to bone a duck and get it cooked tastily… I felt a similar feeling as a blogger when she received her very 1st comment in her blog, but it turned out to be written by her mom, who wanted to discourage her from her goal as she worried that her extensive time blogging might jeopardize her marriage. Later, we rejoiced with her success when she was constantly receiving hundreds of comments and food gifts from her ever growing readers. We, bloggers, are after all, a similar group of people sharing similar obstacles in our ever similar online experiences.

On the other hand, Julia Child’s stories were set in the 1960s. It is both funny and, oh so sooo inspiring for us to share her success in getting her talents discovered, in her struggles of writing, in her difficulties of finding a willingly publisher and finally in the success of getting her very thick cook book published (known simply as “Mastering the Art of French Cooking”). The appearance of her sister and the subplot about her marriage only served to create even more laughter to the audiences.

Personally, for me, through their passion for good food and their love of cooking, through their stories of getting fame and through their success in defining their purpose in life, I felt a strong sense of inspiration (I want to cook French cuisine!) and the slight envy for these women and the joy they have in their lives.. :p

If you ask me to describe this movie in terms of food, I would say watching “Julie & Julia” is like sipping a cup of your favourite hot fruit tea after a long hectic day. A truly carefree feeling emerges through this 2-hours long movie. Yes, it is that pretty long a movie, but you will never a moment felt bored. It is not an action packed movie, not a brain cracking mystery movie, and you will just feel a simple desire to finish it at its own pace and at its own time. I did not even feel the ticking of the clock till the film finished. The soothing sound track of this film is something you wish to get it and listen again and again, days and days after the show.

Yes, the movie is a real “Bon appéteeeeeeeeet!” for your eyes and ears!

This movie is definitely meant to be watched by all ages and genders; food eaters or food lovers; seasoned chefs or beginner cooks; accomplished blogger or struggling ones. Be prepared to be inspired in life and feel that zest to accomplish your greatest goal in life.

You will surely find this movie, Julie & Julia, worth your time and every penny spent for the tickets.

“You are the butter to my bread. The breath to my life….”

I loved this quote in the movie. So will you.

Hello! My name is PatriCa(雪冰). I love food. Cooking is my passion, and it's all about sharing. I want my loved ones to enjoy healthy home-cooked meals. So, that includes you! Come join me on My Wok Life FaceBook, Instagram & Twitter. Feel free to comment, PM or email me at mywoklife@gmail.com.
All Posts »
PrevPreviousFats We Eat
NextNourishing Bird Nest with Ginseng and Rock SugarNext

“Optimum nutritious cooking, with heart, passion & TEFAL Pan” Oh well…. Now that I am into cooking healthy & tasty restaurant food, that has to 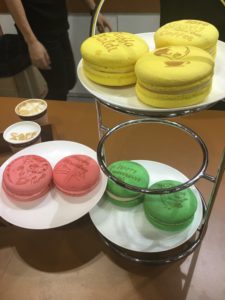 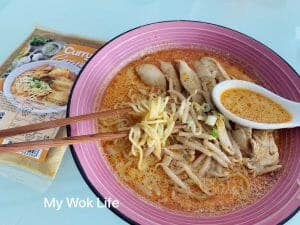 Cooking Can Be That Easy

“Easy dinner making with these healthy ready-made paste & soup stock by Food Yo”  Yes, 100% natural ingredients, with no msg, no preservative and artificial