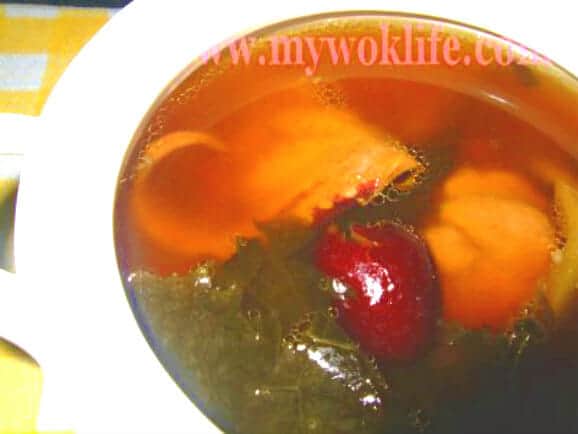 We used to drink this wholesome soup when young, cooked by both grandma and mother. Not something really special, but it’s a nourishing soup. With the use of dried radish leaves (大头菜干), it supposed to help in reducing body heat as “cooling effect”. It’s also high in nutritional values.

Dried radish leave is a preserved food using drying and salting processes. In Cantonese, it pronounced as “Dai Tou Choy”. It’s not the same kind of root vegetable which we used to cook “Mui Choy” (梅菜), it’s different.

This ingredient is easily found in most Chinese grocery stores or any supermarkets such as NTUC Fairprice, and Giant Hypermarket, and places like Chinatown. It is normally pre-packed, and one packet of palm-sized radish leaves should be sufficient for 4 – 6 servings.

This soup tastes fine salty, natural sweet, and fresh in the palate. A rich-bodied soup reminiscent of old time flavor. It’s kinda complicated to explain. You have to try it, to like it.

One thing you do not have to worry, the soup is definitely light, and agreeable pleasant!

3) Boil a pot of water over high heat. Add in pork ribs, radish with leaves, dried cuttlefish and red dates, when water boiled.

4) Bring it to a boil again. Cover pot with lid, slightly tilted. Reduce heat to low fire, and simmer for 2 hours, or until ingredients are tender, and soup is fully flavoured. Serve hot.

The soup counts about 120kcal per bowl. Relatively low calorie, with the use of lean pork meat.

Tips: Taste your soup after 1 hour simmering time. In case the radish is soaked for too-long, and became too bland for the soup, no worries, add one chicken stock cube to taste. On the other hand, if the soup is salty enough, remove radish from soup, or stop boiling immediately.
*The radish taproot is normally more salty than the leaves part. So, steep mainly the radish taproot rather than leaves, to extract excessive salt from it.

Hello! My name is PatriCa(雪冰). I love food. Cooking is my passion, and it's all about sharing. I want my loved ones to enjoy healthy home-cooked meals. So, that includes you! Come join me on My Wok Life FaceBook, Instagram & Twitter. Feel free to comment, PM or email me at mywoklife@gmail.com.
All Posts »
PrevPreviousLow-Fat Spaghetti with Home Made White Sauce
NextGreen Mung Bean and its Nutritional BenefitsNext 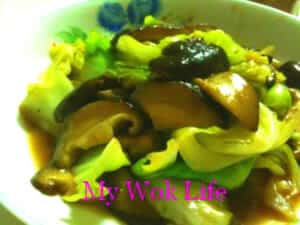 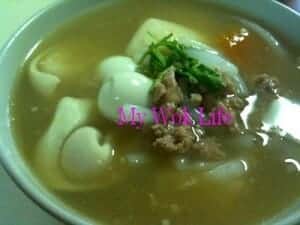 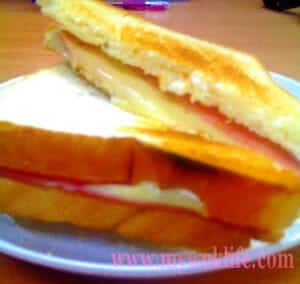 “Simply yummy breakfast toast to start my great day” Toast is bread which has been heated dry, with oven toaster or baking oven. I like