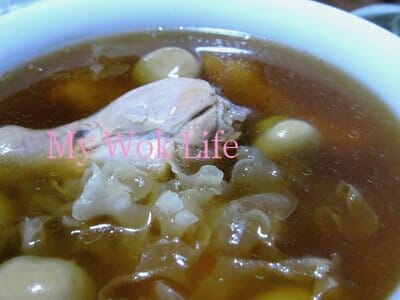 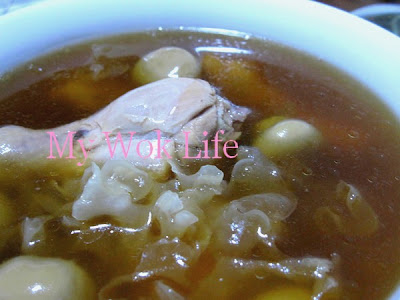 “Express Chicken Soup with Chinese Herbal Spices from Seah’s, to keep your loved ones at their best at all time!”

Some might find Chinese soup too bland for the palate. Its taste has been described as drinking “plain water”, as Chinese soup is always cooked watery (not in thick consistency), and it does not taste creamy. You may realise, Chinese soup is often taste subtle and light (smile). I love Chinese soup, so as my family!

Tonight’s not any soup recipe boiling from scratch, nor it needed long hours boiling. So, one of these great choices you may consider for express and simple soup cooking even on busy weeknights is the Seah’s herbal spice for chicken soup! Taste of this chicken soup cooked with Seah’s herbal spices was fairly good, especially for how quick it was. Unlike most instant packet spices, this won’t make you feel thirsty after taste.

The fragrance of chicken soup was extensively rich in the palate, but I found it a little too salty after boiling for more than 2 hours (which was not required, in fact), on my first trial. It was not terrible, but I’ve had it better when I cut back to its original boiling hour of 45 – 50 minutes in my subsequent cooking. Nonetheless, this soup was perfect and wholesome, with the additional ingredients, i.e. button mushrooms and white fungus, in it.

Seah’s packet for express cooking of chicken soup isn’t expensive. It is about S$2 per packet, widely available in most supermarkets and even grocery stores within neighbourhood.

I bought it from NTUC Fairprice supermarket. 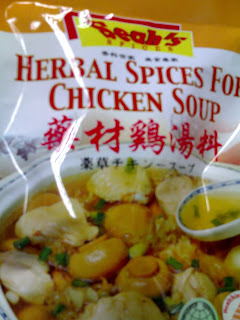 Ingredients
4 whole chicken drumsticks or 500g of chicken meat of any parts, skinless and blanched
1 cup of button mushrooms
10g white fungus, soaked in water for about 10 minutes and torn into bite sized
1 packet of Herbal Spices from Seah’s
1 pot of water, 50% filled (about 1500ml)

Method:
1) Boil a pot of water over high heat. When boiled, add in chicken and packet of Seah’s herbal spices. Bring it to another boil. Then, add in button mushrooms. Reduce heat to low fire, and simmer for 40 minutes.

2) Add in white fungus 10 minutes before heat off. Serve hot.

If you intend to boil it with slow cooker, add a little more water, about half a cup more (150 grams) than usual amount, so that it will not be too salty after boiling almost whole day long.

Tips: This recipe does not require long boiling hour as soup will become too salty to taste.
* If you are using chicken breast meat or wings, cut them into bite-size.