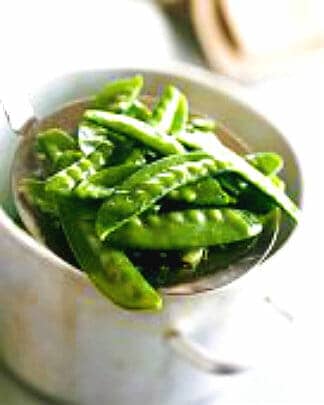 “Just a brief on ways of cooking”

Blanching – usually used for vegetables or fruits, but nowadays, we used this term to describe on meat, too. Blanching refers to plunge the raw food into boiling salted water, for a quick boil. Then, place the hot food under running water or in cold/ icy water to halt the cooking.

Some cooking need blanched vegetable, to shorten the cooking time, and to retain its natural colour. Blanching helps to enhance not just the colour but taste of some green vegetables such as broccoli. Blanching vegetable has to be followed with halting process in cold water in order to reach its effect.

Blanched meat keeps the soupy dish clear from any constituent released from the raw meat.

Blanching the egg noodles when preparing Wantan noodle, is also a good way to prevent the noodles from sogginess. 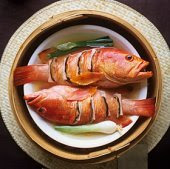 Steaming – is a method of cooking using steam. Overcooking or burning food seldom occur in steaming method. Steamed food is more healthy and better for weight control as it does not require oil to cook it. Hence, steamed food is usually low in calorie. Steaming method is to be done using the metal rack in the wok filled with water which enough to submerge the metal rack and good to create enough steam. Some like to use eletrical multi-layer steamer nowadays, whilst some older ones still prefer the bamboo steamer especially for fish, and Chinese dim-sum dishes.

Braising – is a cooking method wherein the food will be cooked with extra moist in a covered pot, simmering over low heat. Braising usually associates to long hour cooking. The longer time it’s braised, the stronger taste and flavour will be retained in the food substance. Both the braised food and liquid should be totally mingled towards the end the braising.

Most people use braising method to cook tougher cuts. Braising mushrooms or tofu (bean curd cube) is also common. Traditionally, braising is done by first seared at high temperature and then simmer in covered pot or pan, for instances, this famous Chinese cuisine, Red Braised Tofu, which uses this braising method. Braised pork meat and hard-boiled eggs with dark sauce and 5-spices is also one of the most common Chinese cuisine easily available from hawker store, food court or home cooking.

Types of braising methods include stewing, and pot-roasting which usually associated with inexpensive beef mixed with some root vegetables cooking in certain amount of liquid.

Braising is commonly done with the use of croaked pot in electrical slow cooker. I like to use slow cooker to make braised meat (My braised pork recipe) early in the morning before leaving my house for work. By evening when reached home, nice fragrant braised dish will be ready to make your dinner a fulfiling one.

Stewing – A part of braising wherein the food substances are cooked in liquid, simmer over low fire. Stewing takes longer cooking time, the food will be cooked till liquid is enriched and thickened (by the food and other condiments), and food completely tenderized and fully flavoured integrating with the liquid.

Lean meat is less favourable in braising or stewing method as lean meat texture is dry as compared to parts with soft bone, tendon, gelatin or some gats such as trotter, knuckle, shank and 3-layer-meat or belly. Root vegetables such as carrot, radish, and beans (e.g. lentils) are common, too.

The liquid in stew is usually thick creating a gravy which caused by the simmering process, or using cornstarch or flour. Stewed food normally served with its gravy.

Simmering – Slow boiling with relatively low heat over. First brings the food to a boil, and then reduce heat to low fire and slow boil the liquid or food for longer hour. You should be able to see slow steam bubbles on the liquid of the cooking while simmering. Simmering method usually occur in boiling soup and braised food. 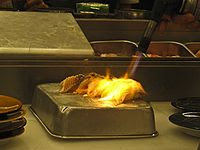 Searing – is used to brown all sides of the surface of a particular food at very high temperature to obtain a desired brown (caramelization) crust on it and purposed to lock the food moisture in, and for better appearance by the browning effect on it. Searing the food enhances its texture and flavour to the palate, too. For example, searing cheese and raw fish sushi using blow torch. Normally, searing will be used on scallop, or raw food on sushi dishes using blow torch to be seen in some Japanese restaurants.

Sautéing – similar to pan-frying, but sauté uses only minimal amount of oil/ fat in a shallow pan, mainly for quick browning effect done over relatively high heat, at the same time, for preserving its original flavour, moistre and to enhance its colour.

Usually, sauté would not be the last cooking process, it is more like an initial cooking to be ended with other cooking methods. Sautéing is commonly used on meat, prawn, onion and potato.

Roasting – is using an open flame or in an oven over dry heat. Roasting makes the food browned, and caramelize its surface to create crispiness which adds an aroma of the roasted food in your palate. Roasted chicken, duck and pork with sweet sauce (My Char Siew recipe) are commonly found in Chinese cuisine. Roasting of coffee bean is widely used in both western and asian coutries, too. 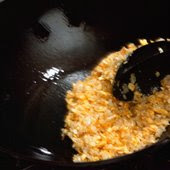 Stir Frying – usually being refered as Chinese cooking styles wherein constant stiring and tossing are required to be done by cooking in a wok. Stir-frying refers to two ways, one is as described and to be done over medium-high heat, which refered as [chǎo (炒)], for examples, stir-fried, vegetables, chicken cubes, and even rice, whereas another way to be excuted in fast speed over high heat and it usually gives off pungent smell when stir-frying this way which refered as [bào (爆)]. It is commonly used to stir-fry garlic or chili paste. 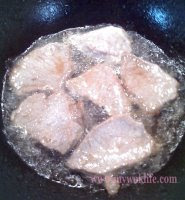 Pan frying – is almost equivalent to shallow frying. It is another form of frying by using lesser cooking oil than deep frying method, using enough oil to be able to sub-merge the food only half way. The name of ‘Pan frying’ was due to the use of a frying pan for pan frying method. Because of the partial coverage of food in the oil, the food must be flipped at least once to cook both sides.

The advantages of using less oil are practical: less oil is needed on hand and time spent heating the oil is much shorter. The main disadvantage of using less oil is that it is more difficult to keep the oil at an even temperature. The moisture loss and increased browning can be beneficial or detrimental depending on the item cooked and its preparation and should be taken into account if there is a choice to be made between pan frying and deep frying.

Deep Frying – is a cooking method in which food is submerged in a large amount of hot oil. This is normally performed with a electrical deep fryer or Chinese wok. Deep frying method is prefect to create crispiness for the surface of the food which add aroma and interesting chewing texture for the palate. Deep fried food is always perceived as delicious, but ‘sinful’ food due to the large amount of hot oil used in cooking the food. Chinese people also believes that consuming too much deep fried food may cause ‘heatiness’ to the body.

Toasting – where a sliced bread is browned by exposure to dry heat (“toasted”), and created harden and crispy effects. Toasting warms the bread to making it more pleasant to eat. We called the toasted bread (My Toasted Sandwich recipe) a ‘toast’ which often served with butter, cheese, marmalade, or any number of other toppings such as hotdog slices, ham and turkey slices as breakfast food.

Poaching – is usually used as simmering egg, fish and fruit which are easily disintegrated. Poaching requires minimum cooking time to preserve the flavour of the food as well as its appearance.

Poached egg is not exactly soft-boiled egg, but the white is no longer running and yolk is tender with slightly harden around the edge.

Al dente – describes pasta and sometimes, rice, that has been cooked not too soft, so as to be firm but not hard. It is often considered to be the ideal form of cooked pasta noodles. Keeping the pasta firm, and not too soggy texture. It needs to be chewed due to its firmness but neither too hard or too soft in the palate.

Steeping – Steeping refers to 2 methods, one is drenching a substance until saturated with its soluble ingredient in the liquid. For example: steeping of tea bag in a cup of hot water.

Hello! My name is PatriCa(雪冰). I love food. Cooking is my passion, and it's all about sharing. I want my loved ones to enjoy healthy home-cooked meals. So, that includes you! Come join me on My Wok Life FaceBook, Instagram & Twitter. Feel free to comment, PM or email me at mywoklife@gmail.com.
All Posts »
PrevPreviousStir-Fried Chili Clams
NextCurry Clams (咖喱蝲蝲)Next 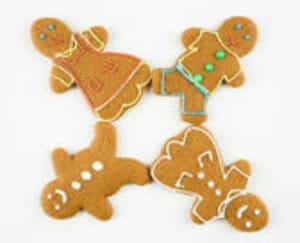 Reminders of MY Week 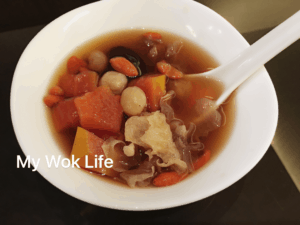 “Come, learn the correct method, follow the actual steps, to cook this nourishing papaya snow fungus sweet soup in my recipe.” Just realized that I 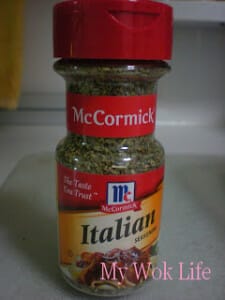